With the live music world saved once again by the galactic ensemble of supermen and wonder women of the ILMC, a full rundown of the conference is now live online.

Featuring reviews of every meeting and event, hundreds of photos, statistics, comments, and a full list of lucky winners, there's everything you need to relive the weekend.

Who took the top agent and promoter awards at The Arthurs? Who had their bank pin code announced to 300 peers by a mentalist? What did Facebook predict about social media marketing? What did Arthur Fogel have to say? Which tech innovations found the most applause? All these answers and many more await you here.

A condensed report will be published in the forthcoming issue of IQ Magazine, which should land on desks in late April. So if you’re short on bandwidth, fear not, because the postman is just around the corner.
We’d like to say a super-sized thank you to everyone who attended ILMC this year, our supporters, and all who participated on panels, at events, or contributed in some way. It was one of our best yet, and we’re already deep into plans for the next ILMC in March 2016…stay tuned for more.
To view the online report, please click here. 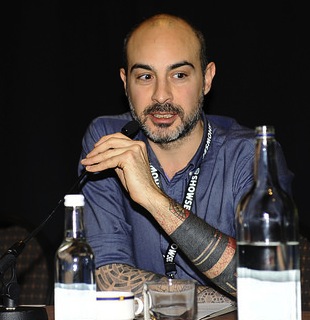 We’ve had some fantastic feedback since ILMC 27 finished, some glowing, some constructive, and all helpful. We’ve posted a selection in the conference report here, but if you have something to add, please click here to get in touch.

As ever, a big ‘thank you’ goes to everyone who took the time to send us their thoughts – it really is appreciated. The ILMC has always been the sum of its membership, and your input is vital for us to continue to give you the best meeting place possible, so please keep the ideas coming!

The Oscar-equivalents for the international live music industry took place at London’s The Savoy Hotel on Saturday 7 March in front of a 300-strong sell out crowd. The Arthur awards – which have a voting pool of over 4,000 of the world’s leading concert business professionals – are now in their 19thyear.

The Arthur Awards were hosted by CAA's Emma Banks, and entertainment was courtesy of Israeli mentalist Lior Suchard who wowed the audience with his mind reading tricks, magician Daniel Kramer ,and an acrobatic superhero and superheroine duo.

And the winners are...

Production Services
(Services Above and Beyond)
Winner: EPS

Photos taken during the event will be available here soon. 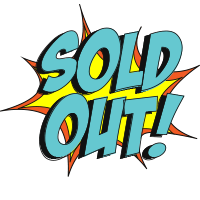 With much of the global live music business either in transit or about to depart for London, the sold out banners are once again being hung outside the Royal Garden Hotel. From Thursday, ILMC will welcome over 1,000 delegates through the doors for what promises to be a truly super edition.   Also now sold out is The ‘Night on the Tiles’ Gala Dinner & Arthur Awards, which will be welcoming 300 of the industry’s mightiest men and most wonderful women for an extravagant evening at The Savoy Hotel, this Saturday.   Both the conference and the Gala Dinner are now operating a reserve waiting list. If you haven't already registered for ILMC or booked your gala dinner ticket, please email [email protected] to add yourself to either list.

Also on the subject of events, The World 'Just-Ace' Texas Hold'em Poker Tourney still has a handful of available spots open for bluffers and blaggers. The annual event takes place on Friday night at 21:30, and there’s a selection of bar tab prizes up for grabs.   With crime-fighters from across the universe used to gambling (usually their lives), the tourney is a popular event, and costs just £20 to enter. Always fancied looking your competitor in the eye and taking their money? Email [email protected] or enquire on the night for any remaining spaces.